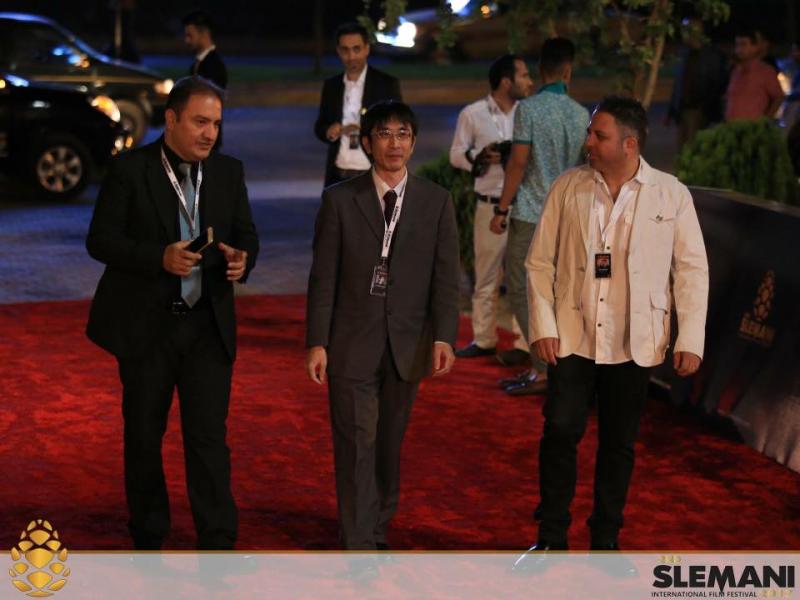 Takayuki Yoshida was born in 1972, Hokkaido, Japan. Completed his master's degree program in sociology at Hitotsubashi University in Tokyo. Studied filmmaking at the Film School of Tokyo. Obtained a certificate in cinema management from the Japan Institute of the Moving Image. Worked as a coordinator for an international film festival, TOKYO FILMEX / Talents Tokyo, in 2014. An editor of Japanese journal on documentary films NEONEO, and co-author of Japanese books on a French filmmaker, Chris Marker (2014), and American Avant-Garde Movies (2016). His short film PONPOKO MOUNTAIN (2016) has been selected for 22 international video art and film festivals in 18 countries. Served as one of international jury members of the documentary film section at the Slemani International Film Festival in Iraqi Kurdistan in October, 2017. His new film TOUCH STONE (2017) had the world premiere at the Yogyakarta Documentary Film Festival in Indonesia in December, 2017.

TOUCH STONE – Synopsis
(Directed by Takayuki Yoshida, 2017, 15min, HD, 16:9, Partial B&W)
There is a white large round stone in the green garden somewhere in Japan. It is an abstract sculpture made from a marble stone and children are climbing up and playing on its top. This film is organized by only four long shots that are totally same composition and same angle. The first shot that is appeared in color is inserted one more in black and white as the last shot. By doing such an experimental attempt, it expresses the repetition and circularity of the time in documentary expression. It was also made in order to investigate the possibility of aesthetic coexistence between cinema and other arts, by taking the case of sculpture, which was discussed by a film critic, André Bazin.

PONPOKO MOUNTAIN – Synopsis
(Directed by Takayuki Yoshida, 2016, 10min, HD, 16:9, B&W)
A “Ponpoko Mountain” is an air playground equipment of white color, which is set at a park in Japan. It is a trampoline like a snow mountain and children are playing on its top. This short film is a black and white work that portrays the appearance of children playing ingenuously in the unique landscape where there are domed curves, by using a combination of moving and still images. It was made inspired by a word of a sculptor, Constantin Brancusi, who once said: “who is no longer a child is no longer an artist”, which is quoted in the beginning of the work. This film is also an homage to the Robert Flaherty’s documentary film NANOOK OF THE NORTH (1922), which portrays the appearance of children of Inuit in the landscape where there are domed curves of igloo in the white color of snow field.